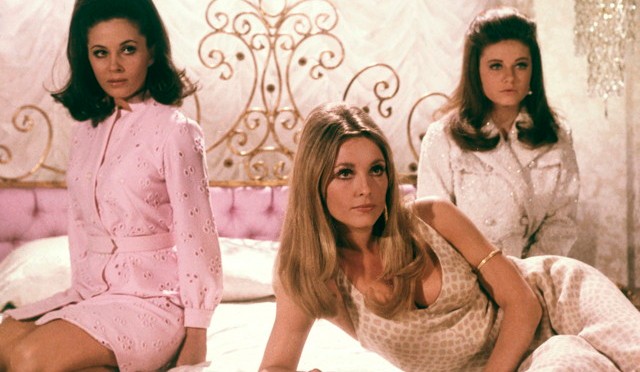 “Guess where I am!” I squealed, as I flopped backwards on the luxurious bed, still managing to hold the phone to my ear. The white, plush, down comforter puffed up around me.

“I have no idea!” Shannon exclaimed. “Tell me!” Shannon was my best friend from high school and I’d been dying to tell her my news.

“Shutters! Shutters on the Beach! In Santa Monica!” I rolled over to my stomach as the phone cord wrapped around my chest. It was 2003, so land-lines were still pretty prevalent.

“What are you doing there? Is there something going on at your apartment?” Confusion made her voice sound wary.

“No, nothing like that.” I sat up quickly and began to untangle myself. “I met someone,” I breathed. “I MET SOMEONE.”

“His name is John and he’s funny and smart and successful and cute and creative and awesome!”

“Did you know,” I said, as moved to the balcony to have an illicit cigarette. Smoking is not allowed literally anywhere in California. “That half a grapefruit for breakfast here is seven dollars? SEVEN DOLLARS.”

“Okay, okay,” I said, and lit the cigarette to try to calm myself. “It was a few weeks ago and I was shooting that car commercial and…”

I used to think it sounded super corny when people would say, with a solemn tone to their voice, “And THAT, that was the day my life changed.” It made me want to roll my eyes and tune out whatever they were saying. But then it actually happened to me.

At that time, I made my living as a commercial actress in L.A. so I was very aware, that day, that since I would only be in one shot of the spot, I would have a lot of down time. So I’d brought some towels to spread out in the corner of the sound-stage so I could lay down and read. I settled in with my book, trying not to doze off so I wouldn’t ruin my make-up.

I heard him before I saw him. Sitting with his back to me in the hairdresser’s chair, cracking jokes with her about his lack of hair-product knowledge and asking if she thought he needed botox. I had a feeling he was being funny to get my attention but since I’d recently read ‘The Rules,’ I was well-schooled in not making any sort of advance of communication first. Finally, he turned towards me and said, “Valley of the Dolls, huh? That’s um…a classic.”

I didn’t look up, although my palms were now sweating and my hands were shaking. “It’s very good.”

“And you got it in large print, I see. What are you, 80? I thought we cast you as the young mom.” I raised my eyes then and he smiled at me. Of course I knew who he was. He had been the one during our wardrobe call who had pointed me and said, “She has a kid in this spot. Can we get her a wedding ring, please? Geesh. We’re trying to sell to Middle America, people.” That had made me laugh and maybe our eyes met. I don’t remember. He was a Senior Vice President of the Detroit-based Agency, the Creative Director of the commercial. In short, he was the writer.

After a number of dates, we were spending so much time together, it just made sense for me to come stay at Shutters with him. He would go to the production office in the morning and I would go to auditions during the day and then come back to work on writing my sorority book until he arrived in the early evening. Even now, when I look back at this, it is still one of the happiest times of my life ever. We’d eat at all the fancy Santa Monica and Malibu restaurants or the Four Seasons in Beverly Hills and always had a car service to take us around. We drank champagne and toasted the moon and laughed and got to know each other. We’d sit on the bed at Shutters with the lights low and call it the ‘Island of Truth,’ where we could ask any question and it had to be answered honestly. He told me of his childhood, his work, his last relationship. I told him of my acting work, my writing, my childhood, my past relationships, even My Ex. We listened to Led Zeppelin and sang to Bob Dylan and danced to Tom Petty. I could not believe my luck. Me, Tracey Stone, a small town girl, was being wooed by a guy like THIS. How in the world did this happen? This was not my life. I could not have felt more lucky.

“It’s been the best three weeks of my life,” I sighed to Shannon.

“Well, he lives in Michigan, that’s where his advertising agency is, so I’ll go visit him there. And he’ll visit here too. We’ll figure it out. We both want this to work.”

I blinked twice and pressed the phone to my ear. “What? What is it?”

I laughed then. “Beware of the wordsmith?? What does even that mean?”

She wasn’t laughing. “Just remember, he makes a living from crafting words. From selling things to people. Don’t forget that.”

I rolled my eyes as I stamped out my cigarette. I glanced at the clock through the sliding glass door. It was almost 7pm. John would be back soon. I had to get ready for dinner. “Okay, I won’t. It’s fine, Shannon,” I said. “Everything is wonderful. And it will stay wonderful. We have this, just this amazing connection.” I smiled to myself, overcome with a feeling of contentment. “I can’t explain it.” I shook my head then. “Be happy for me, please?”

“I am happy for you. Keep me posted. Love you,” she said as she hung up.

I moved to the bathroom to wash my face and get ready for the night. Shannon was so ridiculous. Honestly. She always was such the drama-queen. John was awesome. AWESOME. He was everything I’d ever wanted in a guy. What could possibly go wrong?

24 thoughts on “Beware of the Wordsmith. Part One.”