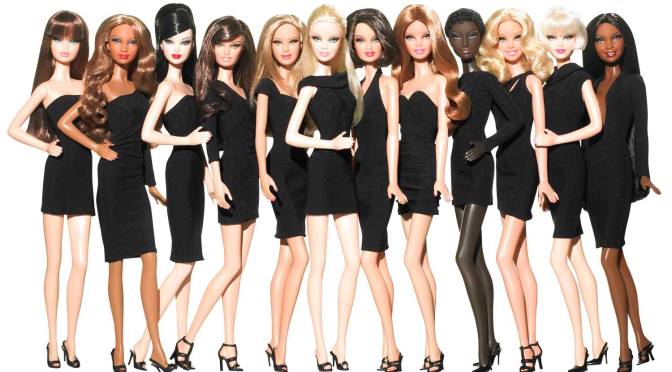 The Team had decided I needed to start engaging more on Social Media. Specifically, on Instagram and Twitter.

“Just post a lot and and hashtag the crap out of everything,” Lux counseled. “This will cause you to come up more often in searches and drive people to the blog. Hashtag it all!”  Her voice was rising with enthusiasm. “Become a hashtag whore!!!”

“Hashtag whore? What? Did you make that up?”

“No,” she said and tossed back her ponytail. “But I could have.”

“Throwback Thursdays,” Floyd instructed, as he showed me examples on his phone. Although technically not a member of The Team, I still took his opinions to heart as he was young and socially knowledgeable. “You need to get on that. It’s totally searchable.”

“I don’t have time on Thursdays to do that,” I said with a whine. “That’s when I put up the blog, so I’m busy promoting it and I’m usually tired from editing the night before. Why can’t I just do Flashback Fridays instead?”

“Because Flashback Fridays is for old people,” he replied.

So it was with this new knowledge that I was home that Saturday night, three days after I’d seen The Wordsmith, going through old photo albums so I could find interesting pictures to post for Throwback Thursdays. I knew they had to be quirky and funny and relatable enough to get attention.  They couldn’t just be any pictures. These were pictures with a purpose.

I found pictures of Tina and me in high school, underage Keystone Lights in our hands. Pictures of me from elementary school, where I would wear my hair in two long braids because it was grown out past my butt. It was the 70’s after all. Pictures of me in Junior High when I’d been on the cheerleading squad. I’d been very loud but not very coordinated, so the adviser had kindly created a new position – Spirit Leader. I got to be on the team and do the sideline cheers, I was even the one to start them off with the “Ready! Ooookay!” But during the elaborate half-time routines, I had to sit those out. But see, this was the role description of Spirit Leader, so I was totally fine with that. 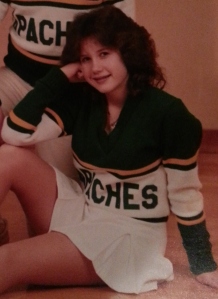 With that hair, how could they NOT want me on the squad?

After some time of looking through albums, I came across a large black leather-bound book. I opened it and smiled. I hadn’t seen this in a long, long time. It was my old “modeling” book.  I put modeling in quotes because there was no way in hell I could have ever been a model but I guess at some point someone told me I could, so I went with it.  A family friend who was a well-respected photographer in L.A. took the photos.

As I flipped through the pages, I was struck by how fantastic I looked.  These had been taken when I was around 25 years old so yes, I looked younger. But it was more than that. I looked so vibrant and healthy and happy.  And geeze louise, was I in good shape.

I will say though, it was so bad that when my friends talk about things that happened during our Sophomore year in high school, I shake my head and blink in confusion. I don’t remember that year. I was existing on 200 calories a day at that time, so my brain wasn’t really focused on retaining things. It was probably more focused on not shriveling up into dust from lack of nourishment.

I tried a lot of things to get over this condition. Individual therapy, group therapy, 12 Step Programs. But nothing stuck. Then when I was 21, and so sick and frustrated by it all, 30 pounds overweight and full of self-loathing and a sense of defeat, a sense that I would never get better, my Dad gave me a book that turned things around.  For about three years, using the principles in this book, I worked incredibly hard to overcome my eating issues and eventually, I did. I slowly lost weight and got to a healthy, natural place for me. But more importantly, I did not obsess about food or restrict it or deny myself anything or over-exercise or dwell on how I looked. I was actually cured.  And I was very proud.

To this day, I feel it is one of my greatest accomplishments.

I don’t think it is a coincidence that once I felt comfortable in my own skin, that’s when I started having success in my acting career. And that is when I took the pictures for the “modeling” book.

Then when I was 28, I started having some mysterious health problems. I won’t detail it here because other people’s illnesses are boring. But I should note that because of these problems, I had to quit acting class, stop going to the gym and stop seeing friends. My life became very small.  I went to a number of doctors and had a number of tests done but no one could figure out what was wrong. Finally, I went to a doctor who suggested I do an elimination diet – cutting out groups of foods to see if I felt better without them.

“No,” I’d said adamantly. “I can’t do that. I can’t moderate my food. I’ll lose weight and I’ll think it looks good and it will make me crazy.”

“You have no other choice at this point, Tracey,” he’d said.

I’d started to cry then, shivering on the exam table in my little cotton robe . “You don’t understand. I’ve worked so hard to get where I am. I won’t recover from this.”

“You’ll be fine,” he’d said and handed me a sheet of paper with the list of approved foods. He’d patted my knee and left the room so I could get changed.

Dr. Shay he was not.

And he was very, very wrong.

Eventually, my health situation sorted itself out. I do not believe now it had anything to do with what I was eating. But the mental damage was already done.

Every day, all day, the majority of my thoughts were about what I was eating and my weight. It was a constant high-pitched whirring in my head, “Should I cut out cheese? Marilu Henner says so. But cheese is okay on Atkins. If I eat rice cakes, will I gain weight? I’m eating too much almond butter! These pants felt looser last week. Where is my tape measure – I need to measure my thighs. I should start drinking Bacardi instead of beer! Rum has no carbs.” And on and on and on and on.

Nicole came to visit me during that time and about an hour after she arrived, she looked at me and said matter of factly, “You are really thin, Tracey. Really thin.”

“I know!” I cried happily and clapped my hands. “I can even wear a bandanna as a shirt now because I don’t need to wear a bra!”

She didn’t respond to that.

That Christmas I ran into Paul at a party when I was home and he was much less diplomatic.  “You look like hell, Tracey,” he’d admonished. “What happened to your ass?! You have no ass now!” I thought I looked great, and I told him so. “YOU HAVE NO ASS,” he’d retorted. And then he’d swatted me on the behind for emphasis. This went on all night. I got so pissed off, we actually got in a huge fight and didn’t talk for several years after that. For the record, he says none of this ever occured. I don’t know. Maybe he’s right. When I look at pictures from that night, they show we’re hugging and seem happy. And they also show  a certain unfocused mania in my eyes. That time in my life is a frantic jumble of images in my mind, so I don’t really know what happened.

When I met The Wordsmith, I was 33 and in a production where I was playing a 20 year old beach bunny. So needless to say, I had a lot of pressure to look good. I was on the Marilu Henner diet at the time (food-combining, vegetarian, no dairy). I had to make all my meals and since I am not a very good cook, most of them went in the trash half–eaten. I was also supplementing my diet with running every day.

As a result, when The Wordsmith knew me, I was much, much thinner than I am now.

And I’ve never let myself forget it.