I’d always had a vision of how it would play out when I’d meet him face to face. I’d be looking fabulous, perhaps in a pair of tiny black leather shorts, a fitted top that showed a hint of cleavage, yet was still classy, and to-die-for overpriced heels. My legs would be firm, tan and stubble-free. My hair would be long and blowing around me like a Clairol commercial. My makeup would accentuate my features to the most alluring degree but not be overbearing or garish. My nails would do Lux proud. I’d strut over to him to the tune of Christina Aguilera’s ‘Fighter’ and I would get in his face and say everything I’d ever wanted to say.

As Christina sang out, “Thought I would forget, but I remember. Yes, I remember, I’ll remember!” I’d turn on my stiletto heel and leave him in a puddling mess of his own tears.

As it turns out, it didn’t go as planned. 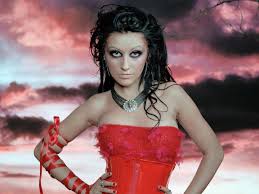 She would have stuck it to him.

When I’d spotted him, I’d frantically pull my hood back over my face and moved quickly to the back of the Starbucks. I prayed he wouldn’t see me.

As I peered out from where I was hidden at the end of the line, I wondered what he was doing. He wasn’t holding a coffee and was just gazing out the window, like he was perplexed at this bothersome weather that threatened to muss his carefully styled hair. Then he stepped outside onto the slushy sidewalk. I winced, thinking of his poor feet in those thin loafers. I raced to the door, almost knocking down the girl in front of me – meticulously ordering her absurdly convoluted drink, and watched him as he looked around absentmindedly. And then he walked down the street. Then he was gone.

My breath was shallow and my heart was pounding in my ears as I went back to the line. With a shaky voice, I ordered my Vanilla Latte and then unsteadily walked home.

I was still shaking when I returned and closed the door behind me. Then I sat down and fired up my computer. I sent my bosses a quick note saying I was home.

And then I started looking up diets.

I reacted that way, not because I was scared of him anymore. I wasn’t, I knew he couldn’t hurt me. I reacted that way because I was incredibly ashamed of how I looked.  I’d stayed up too late reading V.C Andrews’ “Web of Dreams” the night before and my face was blotchy and my eyes were red with fatigue. I hadn’t even bothered to do my hair because I’d known it would get destroyed in the weather. My make-up had been washed away by the falling snow and the tears that had sprung to my eyes from the fierce wind. And the thing that shamed me the most, I was much heavier than the last time he’d seen me.

My head was swimming as I clicked on Amazon.com from book to book to book. I couldn’t figure out what to do. What diet should I go on? Which one could I finally stick to? No really. For sure this time. I had to get myself together and lose weight so the next time I saw him I wouldn’t react the way I had that day.

I paused in my diet search to answer an IM from my boss, Seth. Then I started thinking about my time with The Wordsmith. And I realized that the last time I’d looked in the mirror and felt good about myself, had been when I’d been with him. I was still doing the play so was still on the Marilu Diet. He’d flown me out to Michigan for Valentine’s Day and as I was getting ready for our romantic dinner, I was pulling my hair back into two side clips and had really taken a good look at myself. “Wow,” I thought. “Even after a day of traveling, you look beautiful.”

That was the last time I’ve said that to myself.

Soon after that Valentine’s Day, I’d move in with him so I’d switched from the Marilu diet to Atkins, because that’s what he did. By the time we started having problems, I was struggling to keep my weight down. By the time we broke up and I returned alone to New York, I couldn’t seem to adhere to any plan. And I gained weight. And then some more. I ended up weighing more than I had before I ever started any of the elimination diets.

And I’d never again felt good about myself when I looked in the mirror.

Since being in New York, I’ve tried a variety of diets to get back to the weight I was when I’d been with The Wordsmith. Here’s the short list:

Paleo (quite difficult because I don’t care for meat that much, nor for cooking)

Weight Watchers (a bottle of wine is 20 points?! Come on!)

Juice Cleanse/Vegan (Caitlyn’s response to this one: “Honey, you don’t look well”)

Primal (I liked this one because I could have cheese)

500 calories a day, Two days a week (I couldn’t figure out how to make that one work with the amount of calories I have from alcohol, so that was pretty shortlived)

Fruits and vegetables only during the day

These diets are all very different. But they all have two things in common. 1) I could never stick to them for too long and 2) Each time I failed on them, I felt horrible about myself.

I thought about all this as I looked through my ‘”modeling” book that Saturday night, from all those years ago. Before my mysterious illness, before The Wordsmith, before the chaos that lead me to NYC. And I realized I missed that girl. She didn’t worry about her weight or worry about what she was eating or what she should cut out or if she could shave off a few inches by doing Zumba or Spinning or Pilates or The Barre Method or Callanetics or WHATTHEFUCKEVER. She had worked hard to let go of all that. She was at peace.

And I was not.

During those days, I used to love getting my picture taken. “Get one of ussss!!!” I’d cry, and jump into my group of friends. Now, I loathe getting my picture taken. I hide my face when the camera phones come out. Lux, who in addition to being a terrific graphic designer, is also a great photographer, has often generously offered to do a photo shoot of me. “Come on,” she’ll insist. “We need to update your Twitter profile and add some more recent pictures on your ‘About Me’ profile for the blog.”

I’ll blow her off and wave her away, saying, “Not now, not now, not now. Maybe later.” The way I feel now, that shoot will never happen.

This makes me really, really sad.

So, as I sat there that Saturday night, looking at those “modeling” pictures, three days after I’d seen the The Wordsmith, and thought about how since I’d seen him I’d been consumed with what diet I’d go on next, what workout routine I’d begin next, what my plan should be next, how my anxiety had been rising each day because I knew I could never stick to whatever I chose, I closed the book and set it aside with the pile of other albums. Then I declared to myself what I would do.

The one thing that has worked.

And that was to stop dieting.

And no, this won’t become a play by play self-help site. I have as little interest to write about that, as you have to read about it. There are other things to write about, so I will.

The next day I had plans to meet my friend Simone for brunch. Simone is my actress friend from L.A. We’d lost touch over the years and only recently reconnected to find we’d both landed in in NYC. I was running late, as usual, and had to take a dumb cab down to Greenwich Village, instead of the more affordable subway. This annoyed me. But as the cab sped down Fifth Avenue, and I watched the scenery move by, I saw a cupcake shop. I could go there. I saw a French Bistro. I could go there. I saw a  Puerto Rican restaurant. I could go there. I could go to any of those places because I could, now, eat whatever I wanted.  I felt a faint flicker of excitement.

As I joined Simone at our table and after we’d given each other a big hug, we settled in to look over the menu.  “So, what are you going to get?” she asked.

Immediately the familiar thoughts shoved their way in. “You should see if you can get the Eggs Benedict without the muffin.”

“Then it’s not an Eggs Benedict,” I thought back.

“You should get a Chicken  Caesar Salad, without the croutons, of course. You should see if you can get it dairy free.”

The voice continued. “You should get a Kale Smoothie. Kale is good for you. And slimming.”

“But I hate Kale,” I whimpered plaintively. “It makes me nauseated.”

“JUST GET A GODDAMN KALE SMOOTHIE,” it reprimanded.

Simone’s question cut in. “So, what do you think?”

I squeezed my eyes shut and took a deep breath. I shook my head to break up these clashing, clattering thoughts. I opened my eyes and looked at her.

“I think I’m going to get whatever I want,” I said.

Then I smiled to myself and looked back down at the menu.

I haven’t felt that kind of peace in years. 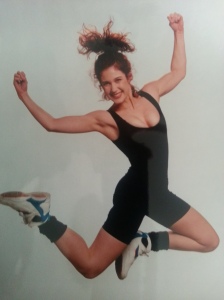 From the “modeling” book.