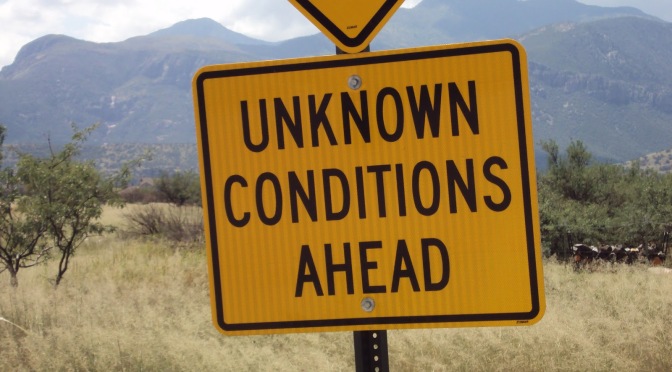 “So, what’s going on with Bradley?” Caitlyn asked, as she took a sip of Prosecco.

It was the Friday before Valentine’s Day and we’d met for Happy Hour at one of our favorite Upper East Side spots. “I was,” I said, nodding. “But there was some confusion on it all…”

“What do you mean?” asked Caitlyn.

I sat back into the black leather couch and looked up at the pink chandelier that hung over our table. I took a deep breath. “Well, I thought we were getting together and then…” I shook my head. “He went on vacation to Mexico or something? I don’t know. It was weird.”

“Actually,” I said. “I don’t think I will. I think maybe he was put off that I cancelled our first date or maybe that I couldn’t get together when he asked me out again. Anyway, it doesn’t matter,” I said and took another sip of my beer. “I don’t know him well enough to be upset.”

“I’m sorry,” Caitlyn said and took one of my hands.

“Me too,” Marlie said and took my other.

“Look, you’re fantastic!” Caitlyn said. “I know it will happen for you!” She squeezed my hand.

“Of course it will,” said Marlie and squeezed my other hand.”You’re going to meet a great guy. I just know it.”

I pulled my hands away and set them in my lap. I looked at the two of them. “Guys. I know you’re trying to help and I so appreciate it. But people have been telling me this for seven years now. I’ve been single for seven years!!” I bit my lip then to calm down as I knew I was getting too worked up. I lowered my voice. “I try to keep the faith but right now, I’m just pissed off and bummed out and really, I just don’t want to think about it.” I exhaled. “It just sucks.”

Caitlyn nodded. “It does.”

“It does,” Marlie replied.

Now, I know Valentine’s Day is a made up holiday. Everyone says so. But it’s hard to remember that when everyone else on Facebook is posting their real flowers and real gifts and real pictures of romantic dinners. Everyone gets engaged and I watch Investigation ID and drink wine. As usual.

The first few years I was single on Valentine’s Day in NYC, I would buy myself a heart-shape box of chocolates and tell myself, “I am my OWN Valentine!” Just like the magazines told me to. But on the fourth year, I brought home my carefully selected box and opened it to find all the chocolates were grey and rotted.

I try not to think on what this meant cosmically.

I threw them away and said to myself, “Fuck. This.” Then I kicked the garbage can for good measure. The next day, in another of her sweet gestures, Samantha, who I was living with at the time, bought me a small, gold box of chocolates to replace the rotted ones. She’d even added a little card. Yeah, I still get a little weepy thinking about it.

Last year, Valentine’s Day had been a total disaster. I’d returned home from work and had gone into the bathroom to change into my pajamas, per my usual, as I hate wearing real clothes when I’m home. The cat had joined me and was rustling around in the corner and I’d leaned over and cooed, “What are you doing Tinito?” (That is not her official name. She has a lot of aliases.) Then she’d looked up at me and I saw, at her feet, was a mouse. A very much alive, mouse.

I’d immediately bolted out of the bathroom and ran shrieking into the livingroom. The cat followed lazily, hopped up on the couch and gave me a look like, “We seem to have a situation here. I assume you’re going to take care of it.” I’d grabbed my phone and called my Dad, detailing between my sobs and hyperventilating, the whole harrowing story. Even though, being that he was in California, there wasn’t much he could do. Then I called all my friends, guys and girls, in NYC but no one could come help me as we’d just had a huge storm and everyone was barricaded in their apartments.

In my hasty departure from the bathroom, I hadn’t shut the door so now the mouse could be anywhere. As I’ve said, I live in a one-room studio, so basically that mouse was in my bedroom. I sat on the couch and shakily drank a bottle of wine because, really, what else was I supposed to do? By this time, the cat had fallen asleep under the radiator.

That was probably my lowest moment since coming to New York. I really felt sorry for myself. I just didn’t understand why this was happening to me. I was supposed to be married, or at least have a boyfriend by now, who would gallantly say when a mouse was in the apartment, “Go take a nice walk around the block. By the time you get back, this situation will be handled.” And then kiss me good-bye.

But I had none of that.

I upset myself so much that night, that I actually lifted my fist to the heavens and growled, “Why? WHY? What have I done to deserve this?? I’m kind to animals, I pay my taxes, I call my parents every weekend. I’m a GOOD person. Why has this happened to me?” I didn’t get any answer, so I finally retreated to bed where I slept fitfully, thinking of Zeke’s text: “You know how mice like to crawl up on beds with their little mice claws and burrow themselves in.” Clearly, he is horrible person.

The next day, I emailed my bosses, RJ and Seth (I’d already messaged Wade on Facebook) and told them I was working from home so I could meet with the Super to asses the situation. Seth replied with, “Don’t you have a cat?”

This ended up in a reply-all email situation where they both made fun of me and the cat.

I know now I should have just told them I was out sick.

This email harrassment has continued on over the past year. Seth, like RJ, likes to make fun of me and uses any excuse to do that. I like Seth though, because he always has a smirk on his face like he’s thinking of something funny, and doesn’t make me manage his extremely complicated calendar.

When I had to go to Venice and had emailed them to say I’d be leaving early to meet the cat sitter, one of them had replied with,
“I hope the catsitter knows how to catch mice.” And then the other responded with, “Tracey and the cat are on the bed screaming that there’s a mouse in the apartment. They should get a cat,” and then back to the first, “Tracey and her cat are interviewing other cats.” At this point, I just logged off. The next day I’d noticed this exchange went back and forth for an hour.

I will never live this down.

In fact, just a few days ago, I emailed them to say I had to leave early to pick up a package. No one responded. Except this from Seth: 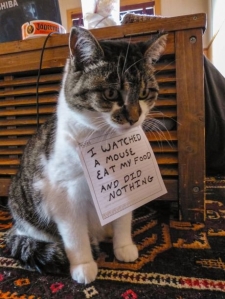 Honestly. This is supposed to be a place of business.

So, last Valentine’s Day sucked. But then two days after that, I’d reconnected with My Ex. It was something I’d never, ever expected. And for a few months, I was extremely happy. Now, we all know how that ended but still, I wouldn’t trade those months for anything.

I tried to hold onto that thought. That we never know what is around the corner. But to be honest, the week leading up to this Valentine’s Day was hard. And it wasn’t about Bradley. It was that I am tired of being single. Tired of coming home to an empty apartment, tired of having no one to share things with, just tired of being alone.

And then, through the kindness of two people, an exceptional thing happened for me and the blog and it made yesterday one of the best days I’ve ever had. I was reminded again of how many people are cheering for me, supportive of me and generally hopeful that everything turns out okay for me.

So once again, at Valentine’s Day, my life has changed. I will try to remember that. That really, you never do know what is just around the corner.

So I guess, until that next corner, I’ll just keep on keepin’ on.