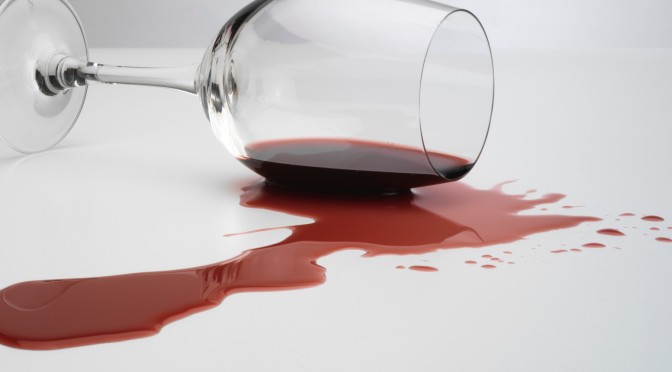 “I AM FREAKING THE FUCK OUT!”

“I know, baby,” My Boyfriend said as he reached over from the driver’s seat and squeezed my knee. “But it’s okay. You’re okay.”

“I feel sketchy!” I cried, as I doubled over and attempted to take in huge gulps of air.

“You’re okay. Just lay the seat back and try to relax.”

It was the last day of my Christmas visit and we were on the way to SFO from our hometown to drop me off for my flight back to NYC. As we’ve all seen, I am not a good flyer under the best of circumstances but today with the added exhaustion, anxiety and nausea, I was not doing well. At all. I sat up and shielded my eyes as I looked out the window. Sausalito whizzed by, illuminated by the too-bright morning sunlight.

I laid the seat back and closed my eyes tightly. Then I whimpered, “I don’t understand why this is happening.”

“Well, we went big on Friday at Hometown Holiday Drinks,” My Boyfriend was saying. “And then yesterday at Lana’s brunch, you girls were hitting the champagne pretty hard.”

“I know, but I drank plenty of water last night and we went to bed early,” I said. “I should be okay.”

“Well, we haven’t had a lot of downtime overall,” he pointed out.

I opened my eyes and sniveled, “I kind of over-scheduled us, didn’t I?”

He smiled and reached to the backseat. “Here. Take my jacket and use it as a pillow. Try to get some rest.”

I took the jacket and folded it beneath my head. “I don’t feel well.” I looked up at him.

He looked down at me in pity. “Baby, if you’re not feeling better by the time we hit the bridge, I think we should change your flight to tomorrow.”

“But we’re trying to save money for visits!” I insisted.

“I know. But it’s only money. And it’s breaking my heart to see you like this.”

“I think I’m going to throw up,” I muttered.

“I think you’re right,” I replied.

Then I turned over and pulled the jacket over my head.

Within twenty minutes, I was bundled up in my pjs at his house in San Francisco, tightly wrapped in his flannel sheets. A mug of mint tea sat on the nightstand next to me.

My Boyfriend laid down next to me, I was so wound up, until I fell asleep. And then a few hours later, he’d woken me up by kissing me on the forehead and saying, “We should eat something. What do you want?”

Forty-five minutes later I’d emerged from his bedroom to find him in the dining-room, spooning out our meals from the delivery cartons. I sat down next to him and we chatted about our ten day trip together. I was still so tired, I would lean my head on his shoulder while I chewed slowly, barely able to swallow. I decided I liked his dinner better so I ate most of that.

Later, we watched movies and I’d doze off, only to wake up off and on because I was snoring so loudly. “I’m sorry,” I’d whisper as I curled tighter into his lap.

This went on for hours.

And it was the longest stretch of downtime we’d had together since I’d arrived. It was like we were a real couple. Finally.

The next morning, I was much more together and we got to the airport without incident. I took my pre-flight Xanax on the way so by the time we arrived, I was feeling fully fine.

“Goodbye honey, I’ll miss you,” I’d said as I threw my NQAC bag over my shoulder.

He pulled me into a hug. “I love you, Tracey. Call me when you’re home.”

“Okay! I love you too!” I’d said as I pulled away, with a loopy grin and a wave.

By the time I arrived back in NYC, I felt my New Yorker power return. I felt strong, I felt back in the groove. I shoved my way through JFK:

LEFT SIDE OF THE ESCALATOR IS FOR WALKING, PEOPLE. NOT STANDING. FOR FUCK’S SAKE.

This power permeated my being and as I arrived home and The Cat did her happy dance and cried so much she lost her voice, I realized how much stronger I felt here.

For about an hour.

Then I started to fall apart again. I puttered around a bit with nervous energy, unpacking, cleaning, comforting The Cat, organizing my thank you notes, still on CA time. I went to bed anxious, with shaking hands, a pounding heart and fluttering stomach and when I woke up the next day, I had a full on cold, complete with sore throat and stuffy nose.

For the next two days, I did nothing. I was too sick to get anything to eat, or medicine for myself, too sick to even sleep, so I just sat there on the couch and watched the hours pass. I spent the majority of my time texting My Boyfriend (“I still feel like crap!”) and absentmindedly petting The Cat. My anxiety crashed in and receded, but it was always there, clawing at the back of my mind.

I didn’t understand why.

It wasn’t until a few days later, late New Years Eve to be exact, when it all came together for me. I was still sickly sitting on the couch and I listened, as my anxiety began to slow it’s chaos and actually speak to me. And I began to hear what it was saying.

And what it was saying was, this trip had been one of the most stressful ten days of my life.

And the stress wasn’t about me. At all.

The stress was about My Boyfriend.