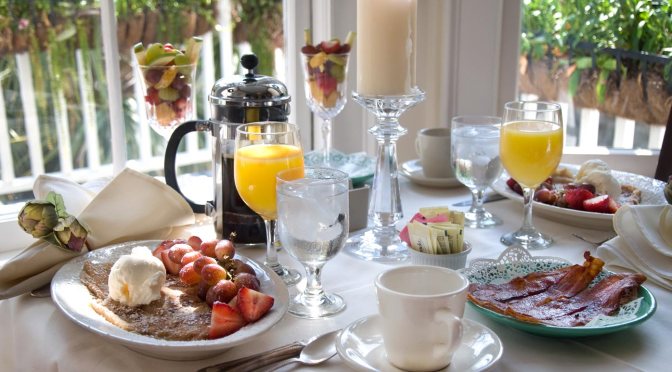 I declined all three.

Now, don’t get me wrong. I love Saturday Night drinks. I mean, who doesn’t? And I love brunch. On any day. In fact, I think I can say with confidence that brunch is most definitely my friends’ and my most favorite thing to do together in all of the land. Our brunches are epic and legendary. We’ll get the group together and meet at an unlimited Mimosa/Bloody Mary spot and catch up and screech and laugh and after we’ve annoyed all the other patrons and the server has definitively put down our check with a glare that says, “It’s time for you to GO”, we’ll move to a wine bar, discuss all things more, check ourselves in on Facebook and tag each other, maybe order some appetizers, and then maybe move to someone’s apartment where we’ll have more champagne and then somehow we’ll all decide at the same time we have to leave. Later, we’ll check in to make sure everyone got home safe and then we’ll all go to sleep. The next day we’ll group Facebook message each other and discuss such things as, “No doll, I have your phone. I’ll drop it by later,” and “I think I left my credit card at Kaia” and “Why is there a champagne cork behind my toilet?” Then we’ll wrap it up with, “Love you girls!!!” “Can’t wait for next time! xoxo!!” Our standing brunch record is 10.5 hours.

I didn’t think that was the sort brunch Bradley had in mind, but still, I declined.

Saturday Day I had to go out to Queens. In real life, I have very curly hair which was gorgeous in L.A. but with the moisture in NYC, has somehow metamorphisized into a huge rat’s nest that threatens to take over the world. So I have to get regular Brazilian Blowouts. These appointments take all day so I wouldn’t be home until late afternoon. After that, Bree was coming over for our 3-month catch-up session. This is another of my literally favorite things to do in all of the land. Bree will show up around 6pm and quickly change into her pjs (I’ll already be in mine) and we’ll drink Cava and snack on the incredible array of unique cheeses she’s picked out. We’ll make our way through our carefully planned written agenda of what we need to cover and I’ll blow-up the air mattress, that always deflates in the middle of the night so she’ll just end up on the floor, but she never complains, and we’ll do photo shoots of the cat which we’ll post on Facebook/Instagram and get confused and annoyed when no one ‘Likes’ our pictures. As I’ve said before, I am incredibly lucky to have friends who accept whatever I do and love me no matter what, and Bree is no exception. I have admitted to Bree some of my lowest points and poorest choices and she’ll dismiss the drama and shame with a wave of her champagne glass and say, “Oh please, we’ve all done it.”

I knew, from experience, that the morning after my catch-up session with Bree I would want to sleep in and then spend the morning with her, serving my bad home-brewed coffee and go over things on the agenda we may have missed. Also, since I was out all day Saturday, I knew on Sunday I would have to do a ton of work on the Venice book, so there was just no time to meet with Bradley. And no, I would not consider cancelling on Bree to fit him in. My catch-ups with her are very important to me, as are all the times I have plans with my friends.

I offered to meet him during the week but he said he would be traveling for work, so we agreed to the following weekend. So that gave me approximately Ten Days.

Ten Days to figure out what I was going to do.

I want to thank you all for taking the time to comment last week here and on Facebook, as well as all the emails and texts. It’s given me a lot to think about.

Initially what scared me about all this was that Bradley would learn of all the personal things that I’ve described here. I agreed with my friend who said I was basically handing over my diary and that was a lot for anyone to take in, especially after just meeting me. And another friend pointed out, it would be putting me at a major disadvantage, in so much that he would know all these things about me and I would still know nothing about him.

This was all true.

But as the days went by, I found that the anxiety that vibrated underneath my skin was not in regards to him finding out things about me. Yeah, I’d prefer he didn’t, but after all, I’d made the choice to speak about myself publicly, so that’s the price I have to pay.

What bothered me most was that I was going to have to tell him I’d written about him. I tried to look at it from his perspective. How I’d feel if someone sprung on me on the second date that he had an incredibly personal blog detailing fragile moments in his life and oh, by the way, he’d written about me. I would be pissed. I would feel violated. And, not for nothing, I’d be pretty creeped out.

Now, in my defense, there is nothing I put in any of my posts that could be traced backed to him. Not even his friends or family, if they were somehow to read this, would know it was him. I was very, very careful to not give any personal details about him – not where he lived, what he looked like, what he does for a living. I didn’t even quote him directly. And of course, Bradley is not his real name. He might not even know it was him except for the fact that I touched on what we talked about.

It’s like putting someone in a reality-show without their knowledge. And not only was I the star, I was the executive producer and editor as well. And they had no say in how I was portraying them. 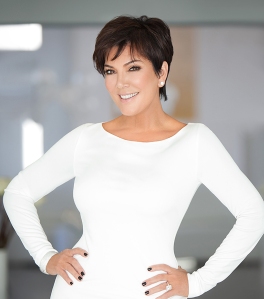 Not my role model.

Most of the time, people have gotten a kick out of being in the blog. They think it’s funny to hear their words back or situations described and we’ll reminiscence about certain conversations and laugh.

Most of the time, but not all of the time. Sometimes people feel I’ve mis-represented what they’ve said, or portrayed them in a way they don’t think is true to who they are. This truly upsets me. I would never, ever want someone to be hurt by being a part of this project. I am grateful to everyone who lets me write about them. I want it to be fun for all of us. But because I, like anyone else, am incapable of writing without the coloring of my own perspective, sometimes it gets screwed up. I am continually working on this.

Archie was right when he said I didn’t clearly think this through. I didn’t. And this whole dilemma has given me a greater appreciation of My Ex’s reaction to me revealing I was writing about him. He was surprisingly supportive and even told me, “Write whatever you want about me, good, bad or ugly. As long as it makes you happy and gives you a sense of peace. Write it all.” I didn’t realize at the time how selfless that was. Perhaps I will drunk-text him at some point to thank him.

Whoever it is who decides to take on being my partner will have to be a pretty strong and special person. Now that I have thought it through, I realize this could have far-reaching effects that I’d never considered. If I’m dating someone and his friends and co-workers, family and bosses get to know me, through holidays or picnics or parties or whatever, those people will learn about the blog and in turn, learn some damaging things about me, as well as some details of his relationship that perhaps he’d rather they not know.

“Okay, let’s not get ahead of ourselves,” Archie said again, when I mentioned this to him. “The blog’s not THAT popular.” But I think in this case, it’s actually good to get ahead of myself. Who knows – maybe this blog will fizzle out like most blogs, or maybe I’ll do it for the rest of my life. But either way, I need to be upfront with whoever decides to be with me, that this WILL impact our lives together. And his life separately.

My Dad sent me an email after we’d discussed all this, during our usual Saturday afternoon phone call and said, “Giving a fake last name in the beginning of the correspondence with someone online should be Standard Operating Procedure.” And I totally agree. I have every right to protect myself when I first meet someone. After all, these people are strangers and I have no obligation to reveal anything I don’t want to. So I feel okay about sticking with that.

However, it also goes the other way. These guys have every right to have their privacy respected as well. Because of all this, I’ve even questioned what I wrote about Date One. It was true and funny and made us all laugh. But was it right to write about? I don’t know.

So. Moving forward, we have a new policy at Not Quite A Cougar on how we deal with dating and writing about dating so as not to get into this dilemma again. I’m not going to get into it here because it’s boring.

Bree said to me during our catch-up that Saturday night, “If it’s making you feel bad about yourself and causing you anxiety, you need to tell him. That’s all that matters.”

And the truth was – it was making me feel bad about myself. And causing me anxiety.

Obviously, I’ve already messed up this cadence with Bradley, so I’ll just have to deal with that.

Bradley didn’t have a say in me writing about him. And I need to apologize for that. I can’t go back now, the damage is done. My biggest fear is that he’ll find out before I get a chance to tell him. Because, as I’ve found, these days even with limited information, you can still uncover almost anything about anyone. The truth will come out. So after 7 days, I have decided, if I see Bradley again, I will tell him everything. All of it. And then, I will deal with the fallout.